The Lantos Foundation for Human Rights & Justice and the University of Michigan Wallenberg Executive Committee have come together in response to the alarming news that Paul Rusesabagina, the real-life hero and inspiration behind the movie Hotel Rwanda, has been taken to Rwanda against his will – and in defiance of international human rights norms and standards – and is now being held in Kigali on trumped up charges. We share a deep regard for this decent and modest man and for his bravery in the face of genocide, his dedication to saving his fellow people from slaughter, and his continued commitment to ensuring Rwanda is a just and democratic country.

In recent years, Rwandan President Paul Kagame and his allies have shown themselves to be intent on discrediting and punishing Mr. Rusesabagina for his criticism of the government’s violation of human rights and its efforts to eliminate its opponents, by any means necessary, both at home and abroad. He is not alone in this criticism; the U.S. Department of State’s 2019 Human Rights Report on Rwanda cited “significant human rights issues”, including “unlawful or arbitrary killings by state security forces; forced disappearance by state security forces…political prisoners…the worst forms of restrictions on free expression, press, and the internet, including threats of violence against journalists” and many more.

It is unconscionable that President Kagame has now escalated his attacks by having Mr. Rusesabagina forcibly transported to Kigali under highly irregular circumstances, where he was immediately arrested and awaits what is certain to be a sham trial. We fear for the health and safety of Mr. Rusesabagina, and we call on the international community to speak out against this grave injustice and demand his immediate release. An urgent appeal has been filed with the UN Special Rapporteur on Torture and Other Cruel, Inhuman, or Degrading Treatment or Punishment, requesting that the Special Rapporteur act urgently to assist Mr. Rusesabagina.

In 2005, Mr. Rusesabagina received the Wallenberg Medal from the University of Michigan, a prestigious human rights award named for the Swedish diplomat Raoul Wallenberg whose bravery saved tens of thousands of Jews during the Holocaust. Despite his heroism, Wallenberg disappeared into a Soviet gulag following World War II and was never heard from again. His own country, and others that supported his mission to save the Jews of Hungary, remained silent and failed to pressure the Soviet government to free him.  Wallenberg’s fate serves as a stark reminder of the consequences when governments fail to act vigorously against such violations of human rights and international law. Mr. Rusesabagina was taken nearly two weeks ago – the time to act is now.

We must not fail Mr. Rusesabagina. We strongly urge the governments of Belgium and the United States – where he is a citizen and legal resident, respectively – to take immediate action to ensure his well-being and freedom. We stand with Mr. Rusesabagina, and we appeal to the governments of these nations to do the same. Not only is Mr. Rusesabagina’s safety and liberty at stake. Advocates for human rights everywhere are at risk when repressive regimes are able to kidnap, disappear, and murder their opponents and the world remains silent.

jeu Sep 17 , 2020
Through the Clooney Foundation for Justice and the American Bar Association Center for Human Rights, George and Amal Clooney have made a pledge to closely monitor the upcoming trial of Paul Rusesabagina in Rwanda, as part of CFJ’s TrialWatch initiative. Rusesabagina’s actions to save lives during the Rwandan genocide were dramatized in the 2004 […] 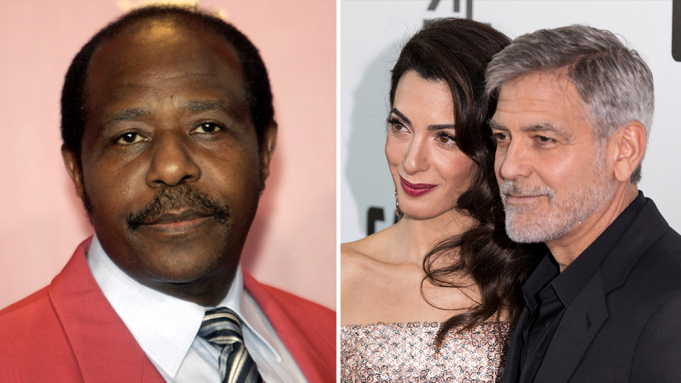