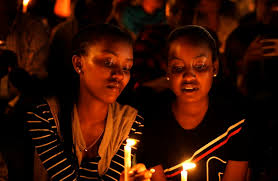 We, the signatories of this statement, survivors of the 1994 genocide against the Tutsi in Rwanda, are hereby calling out the United Nations, other inter-governmental organisations, foreign governments, all human rights organisations and advocates, as well as all journalists who will read this statement, to appreciate the gravity of human rights violations against Tutsi genocide survivors in Rwanda.
Although fully aware of violations of fundamental rights against all segments of the Rwandan society, we, however, stand up today as genocide survivors, not because we consider ourselves different from other citizens but because we believe we have been a specific target of killings and persecution throughout the years by different security services of the current Rwandan government. Having exhausted all venues at national level, we have resolved ourselves to having recourse to the international community for support to bring a lasting remedy to our problem.
It should be noted that decades of violence against genocide survivors have rendered the majority of them, particularly those living in Rwanda, weary of any cry for help out of fear of reprisals by the government against themselves or their loved ones. Some go to such length as to begging or even threatening their relatives or friends who dare voicing openly their disapproval of the government’s brutal methods against them.

Genocide survivors groups, initially established with the aim of seeking justice for their members have since seen many of their leaders flee the country, escaping from violence and threats to their lives by different services of the government. The government followed up this exodus by imposing its own minions as leaders of the groups and gradually and significantly confiscated their powers and privileges by creating a myriad of commissions and funds under its direct management. This fragmentation finished to render the groups powerless and inadequate to help solving security problems genocide survivors are facing, becoming instead the government’s tools used in the name of survivors and often against their will and their interests.

We have chosen Mr. Assinapol Rwigara, Mr. Kizito Mihigo and Mr. Aimable Uzaramba Karasira’s cases as clear examples highlighting the systematic killings targeting genocide survivors in the case of the first two and groundwork leading to assassination for the third. It should be noted that the majority of killings are operated in the couple of months prior to the genocide commemoration in April every year. The three cases mentioned in this statement illustrate a pattern in suspicious deaths and/or persecution leading to death involving genocide survivors in the last 26 years. Six of the most striking facets of this pattern are a vicious character assassination of potential victims in the media; social isolation; dismissal from work or business sabotage for the self-employed; involvement of the government’s security services in the execution and cover-up of the crimes; total lack of investigations of the crime and prosecution of suspected perpetrators as well as intimidation of anyone daring requesting investigations or mourning the victim. Methods frequently used include shooting the victim in handcuffs or while in police custody; staged suicides; very short and deadly illnesses believed to be caused by poison; disappearances and staged car accidents.

Mr. Rwigara, prominent businessperson, was tormented by various security services for many years before being assassinated in 2015 in a staged car accident. Quickly alerted by an anonymous caller, his wife and daughter hurried to the scene with an ambulance. Finding Mr. Rwigara still conscious and trying to embark him on the ambulance for emergency aid, they were manhandled by members of the police force who instead bundled the victim still alive in a body bag and rushed him to the mortuary rather than the hospital. He was to be found later with bleeding knife wounds at the back of the head, which he did not have before being forced into the police van.
Mr. Rwigara family’s persistent requests for investigations into his assassination triggered a cruel campaign of vilification and persecution led by President Paul Kagame himself and the then Minister of Foreign Affairs Louise Mushikiwabo. Within two years after the assassination, Mr. Rwigara’s property had been either auctioned off or demolished, his widow and orphans tortured and thrown in jail where two of them were kept for fourteen months and released only after intense pressure by the international community. It should be noted there were no investigations of the crime whatsoever or prosecution of the suspects.
The case of Mr. Mihigo, famous artist and peace and reconciliation activist found dead while in police custody on 17 February 2020, emphasised common belief that many genocide survivors are not dying of natural causes as reported. Unlike many other victims before him and due to Mihigo’s international fame, the government faced domestic and international pressure to investigate but categorically rejected collaboration with independent experts for joint post-mortem medical investigations. Ten days after Mr. Mihigo’s passing, a joint statement by the National Public Prosecution Authority (NPPA) and the Rwandan Investigations Bureau (RIB) proclaiming results of one-sided investigations was made public. It confirmed a communiqué by the Rwandan Investigations Bureau (RIB), published in the morning of 17 February 2020, the day of Mr. Mihigo’s death and reporting it as suicide, prior to any attempt to investigation. Various eyewitnesses later refuted suicide as a possible cause of death, including a YouTube reporter who, after seeing Mr. Mihigo’s dead body, described seeing gashes on his face clearly caused by sharp objects rather than suicide by hanging as reported. The blogger has been incarcerated since without charge.

Since Mr. Mihigo arrest on 13 February 2020, a strong campaign to tarnish his reputation was waged against his person and later against his memory, led by powerful government officials and echoed by media outlets close to the government and the ruling party. Further campaigns of intimidation are directed towards anyone mourning him or even daring displaying sad feelings regarding his passing.
Mr. Karasira is still alive but a clear pattern similar to that of other cases and potentially leading to his killing has already been put in motion. Artist and university lecturer, Mr. Karasira lost both his parents and younger sister in 1994 at the hands of the Rwandan Patriotic Army, Paul Kagame’s rebel movement. Keen YouTuber and singer, he composed a number of tunes on social injustice, which led to societal isolation cleverly orchestrated by government officials. Recently when he started revealing details of his family assassination pressure started mounting led by governmental media outlets as well as State and the presidential party’s high ranking officials.

On 20 July 2020 and in a tweet, Tom Ndahiro, political strategist and member of the National Executive Committee (NEC) of the party in power accused Mr. Karasira of being an enemy of the State and called for his dismissal from his position as lecturer at the University of Rwanda.
The same day, Edouard Bamporiki, Secretary of State for Youth and Culture also member of the National Executive Committee (NEC), relayed the same accusations against Mr. Karasira and also called for a termination of his working contract. On 27 July, Dr Ignace Gatare, Principal of the College of Science and Technology at the University of Rwanda and member of the National Executive Committee (NEC) acted upon Messrs. Ndahiro and Bamporiki’s allegations. In a letter to Mr. Karasira, he requested him to clarify his criticisms about the government’s failure to celebrate the national independence day; his unwillingness to marry a Rwandan woman and accused him of insulting government officials.

On 14 August, Mr. Karasira received a dismissal letter from Dr. Philip Cotton, Vice-Chancellor of the University of Rwanda, citing among other disciplinary reasons the expression of attitudes and opinions through controversial public statements that are counter to professional values, ethics and obligations as an educator. Of the six facets of the pattern in major assassinations against survivors of the genocide against the Tutsi, Mr. Karasira tormentors have already completed three and we are very concerned the forth and fatal one might be carried out any time soon.

Concerning justice, all genocide survivors are demanding is due process in genocide matters. Instead, the government shields some of the genocide architects, including some who have been legally convicted by legitimate courts of law. The case of former Prime Minister Pierre-Célestin Rwigema is illustrative of the cynical use of genocide for political gains. As cabinet member and later during his tenure as Prime Minister between 1994 and 2000, witnesses and victims of his alleged role in the genocide and their families pleaded in vain for his prosecution. It is only after his escape abroad that his case was investigated and submitted to prosecution services. Before his return from exile, all charges against him were dropped in a move that highlighted a deal with the government to allow him a safe return home.

Mr. Lewis Murahoneza a.k.a. Kigurube, a notorious Interahamwe militia leader, was convicted and sentenced in absentia to 30 years in prison by a Gacaca Court on several accounts including genocide, murder and rape, all committed during the 1994 genocide against the Tutsi. In December 2013 and at the invitation of the Rwandan Government, he travelled to Kigali, was welcomed and protected by the highest authorities of the government, including the President of the Republic himself. To this day, Mr. Murahoneza, a resident of Belgium, is free of his movements.
Subsequent to considerable correspondence to various institutions including the President of the Republic requesting investigations in the numerous suspicious deaths of Tutsi genocide survivors, we addressed another letter to President Paul Kagame on 3 August 2019. We highlighted amongst other grievances serious concerns about the customary involvement of governmental institutions in the deaths of our fellow survivors, invariably followed by strong character assassination and intimidation campaigns successively against victims and those trying to seek justice, exercised by government officials and prominent members of the ruling party.

It should be noted that none of the many letters we have addressed to the Government of Rwanda on the matter has ever received acknowledgment nor an appropriate response. Instead, many signatories were subjected to different sorts of intimidation and abuses in media outlets and social media close to the government and the ruling party or directly by different government officials or family members fearing for their safety and desperately trying to prove their loyalty to the government.

We call upon the United Nations to place safety and protection of Tutsi genocide survivors on the agenda of their priority issues.
We call on all national and international press to convey our distress signal to the wide world by exposing the cruelty inflicted on Tutsi genocide survivors by security services of the Rwandan government.
We call on other international organisations, foreign governments and other friends of Rwanda to put pressure on the government of Rwanda requesting it to take serious measures to protect the safety of Tutsi genocide survivors; to ensure due process of law by carrying out investigations and prosecuting perpetrators of the killings, persecution and acts of intimidation. 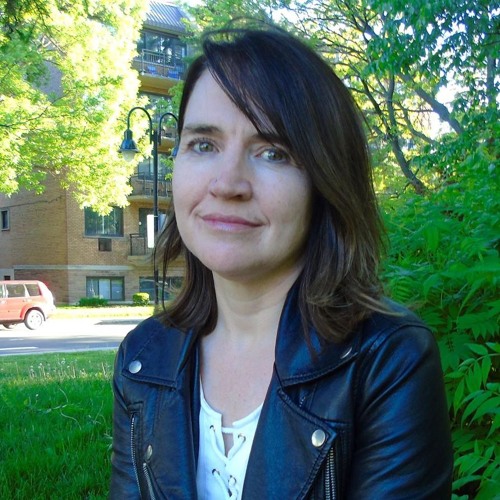