While the entire planet is tormented by the pandemic of Coronavirus (COVID-19), the Kigali regime adopted a series of strict measures – such as the confinement of the people into their homes – disregarding that many of them do not have enough food to last the entire duration of the confinement period. This measure will result in many deaths, which will certainly be ascribed to the virus, while they are actually victims of the hunger. 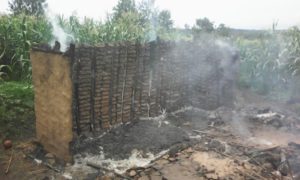 Previously, on March 13, 2020, the same Rwandan army had carried out an attack against Rwandan refugees in the vicinity of the town of Bukavu in the South Kivu province and 4 of them died while many others were seriously injured.

Furthermore, the platform MRCD-UBUMWE raises its voice in favour of the Rwandan refugees who were forcefully repatriated during the months of October and November 2019, as many women and children have been subject of kidnap by the torturing army of Paul Kagame. The same army continues to ill-treat these defenseless refugees, detain them in clandestine places and torture them under the pretext that their fathers or their husbands are combatants within the ranks of Forces of National Liberation (FLN). In particular, the platform RMDC-UBUMWE would like to highlight the case of Mrs. Jeannette MUKAMUHIRE and her son Bienvenu NIYONZIMA who were removed from the Mutobo transit camp and who probably have already been executed. We therefore ask the International Red Cross to carry out a detailed investigation into the fate of these two people. 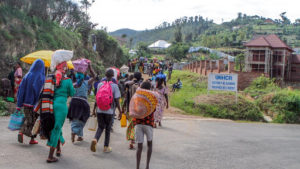 It is with regret that the platform MRCD-UBUMWE notes that the international media do not report such acts, and that the Kagame government continues to ignore the solemn appeal of UN Secretary General Antonio Gutteres, to the states and armed groups to put an end to all form of hostilities during this period of fight against the Covid-19 pandemic.

The platform MRCD-UBUMWE calls on all Rwandans to organize their own defense and redouble their solidarity at a time when the whole world is grappling with coronavirus and when certain powers continue to assure the Rwandan torturer Paul Kagame unconditional support and impunity.

May God continue to protect Rwanda during this period where the Covid-19 pandemic assaults the entire international community while the RPF and Kagame – on for their part – intensify their repression against the Rwandan people.