Since the tragic events that Rwanda has known since 1990 following the attacks by RPF troops of General Paul Kagame then Head of the Intelligence Services of Uganda, a part of the Rwandan people, mainly those of the Hutu ethnic group, have been in a situation of the most horrible in human history.

Indeed, before, during and after the takeover in Rwanda by Paul Kagame after a genocide of which he is the main instigator, the Hutu people of Rwanda live in contempt, humiliation, atrocities and inhuman treatment of all kinds. Those in the interior are deprived of their land bequeathed by their ancestors, their children study in schools where the type of education is one of the poorest in the world, access to health care is reserved for a small Tutsi minority then that access to key positions in the management of public affairs is reserved only for those who have benefited from studies in schools providing quality education.

Those who have been able to escape the massacres since 1990 and who have taken refuge abroad have known and still know hitherto indescribable situations since the Kigali regime does everything that these refugees are either exterminated, or devoid of any education or training. all good so that they live in misery at the risk of dying slowly. 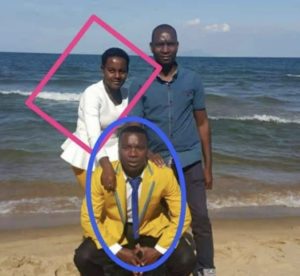 In its aggressive diplomacy and illusionist policies towards African countries and the entire world, particularly in Western Africa and Southern Africa which are located far from Rwanda and which have little knowledge of the daily realities of which the Hutu people live, the power of Kigali has multiplied the so called Embassies in all these countries, the aim being twofold: to delude international opinion on the so-called Rwanda’s economic miracle and at the same time exterminate any Hutu in struggle for survival in these countries.

This is the case of the Rwandan embassies in Brazzaville who organized the uprising of Congolese populations to burn the shops of Rwandan Hutu refugee traders three years ago before the country discovered Kigali’s fallacious maneuvers and stopped the movement.

It was the same in Uganda, Tanzania, Burundi; which has resulted in the quarantine of Rwanda and has even currently damaged diplomatic relations between Rwanda and its neighbors. Seeing himself laid bare, Paul Kagame changed his strategy and is currently focusing on the countries of Southern Africa which he considers as a bastion of the opposition to his power as well as a potential force that can wrest power from him especially as his former close collaborators (high-ranking soldiers and former politicians) are refugees in these countries.

It is very well known that Rwandan refugees wherever they are in the world have developed exceptional resilience in order to find food for their families and provide for the education of their children; which makes Kigali’s teeth cringe, as President Kagame’s Special Advisor, General James Kabarebe recently said in these terms: those, who control the economies in their host countries in Malawi, Zambia , South Africa, Mozambique, Lesotho, Europe and all over the world are a threat to us who have the country; we must destroy them all.

Indeed, for more than 20 years that refugees have lived in these countries in perfect harmony with the host population, this has not pleased Kigali. Behold, for the past few years, a poor country like Rwanda has opened embassies (death squad cells) in almost all the countries of Southern Africa, the aim being to organize insurrections against Rwandan refugees. by the indigenous population. They operate in such a way that they organize massacres of the citizens of the country, expose the dead in a satanic way; which trigger anger the host populations, for example by putting the corpses under the beds, in tanks, in granaries so that the host population finds no other solution than to drive them out of their countries.

Before it was revealed, there have been many such cases in Zambia, Mozambique, South Africa, Kenya but currently it is Malawi that is in the eye of the storm.

For Malawi, it is very likely (and we have evidence) that some state agents are implicated in these acts or bribed to act. In fact, since for a few months, there has been an unprecedented relentlessness on Hutu refugees living in this country and bipartite meetings would be organized between Kigali and Lilongwe in order to force refugees to return to the country at the risk of being dispossessed of their property or of being killed.

BROTHERS AND SISTERS OF MALAWI, STOP SERVING THE DEVIL 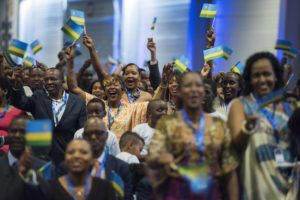 The Rwandan Hutu community, who has taken refuge in the world and who surrounds a million people, some of whom are still living in the DRC’s forests in defiance of the international community and at risk of extermination by Kigali (in intelligence with the Kigali agents in the DRC) to the people of Malawi not to give in to the blackmail of Kigali.

You have lived with these refugees for decades in peace, the children have grown up and studied in your country, there have been intermarriages and like we said, General Paul Kagame does not want to hear about this. Beware of the Kigali regime, it is an extremely racist regime which does not want to hear anything about the prosperity of the Bantu people of which the Hutu are a part. This is the cry of the heart of the Hutu people around the world, leave our compatriots in peace, do a self-examination and act like Uganda, Congo Brazzaville, Kenya, Zimbabwe and South Africa that are coming to discover the devil’s tricks… do not fall into the trap as a result of the honeyed speech and the corruption which aims at the extermination of the Hutu people. Those in Rwanda live under the sword of Damocles, those living with you hope to live in peace and joy until the day when Rwanda becomes again a true home country. Hutu refugees hope to return to the land of their ancestors where they will never forget the protection they have enjoyed in your beautiful country for decades.