In a speech delivered on November 23rd , 2019, General James KABAREBE, former Minister of Defense and currently adviser to Paul KAGAME for security and defense affairs clearly and publicly calls for genocide against Hutus, ethnicity, divisionism and ethnic hatred. It was in front of an audience made up exclusively of Tutsi students who are members of the AERG (Association des Etudiants et Elèves Réscapés du Génocide (in French) or Association of Students and Pupils Survivors of the Genocide in English). General James Kabarebe considers Hutu youth wherever they are on the globe as potentially genocidaire. Rwandan and international laws, however, repress hate speeches.

Thank you to you leaders for having set up this dialogue, in order to know what can develop our country; a good idea is better than anything else because when there are good ideas in a group, everything is done from there. This is not the first time that you have taken such a fine initiative, each time you have favored concertation.

Concerning the topic of the day, I will not go back to what was our struggle for the liberation of the country and the values ​​that were ours during this struggle. We have addressed these issues sufficiently. I will focus on the problems we are facing now and the best approach to tackle them. Muneza has just said that we valiantly faced the consequences of the genocide in the aftermath of 1994. Sometimes we may think that we are done with the consequences of the genocide, this is a big mistake; rather, we have in front of us other genocides that are likely to occur, we face the ideology of genocide and the genocides to come.

This is what the Rwandan Patriotic Army’s struggle was, with the values ​​of always remaining vigilant, always ready for combat, always ready to play a role in the future; because if we are not always ready we will not play any role, or if we are addicted to alcohol and drugs we will no longer be used for anything. I would even say that we don’t have time to be traumatized since being overcome by trauma is tantamount to surrender, since whoever wanted to kill you is always determined to kill you; if you allow yourself to be overcome by trauma, then you will have helped him in his projects. The trauma is psychological; if we allow ourselves to be invaded by the trauma we will be killed by the very one who wanted to kill you since he is still there. The trauma requires even more strength to overcome it.

After 1994, you know that all our enemies fled to Congo-Zaire, Burundi, Tanzania, the others went to different African countries, others went to Europe and to the United States, those who had had means. During this phase of the exodus, our enemies were shaken by the trauma, not to the same extent as those who suffered the genocide, but they were traumatized by losing power, losing the country and access to all good things. Before, they had the power and they were forced to go to ask for asylum: a refugee is always a refugee whether in Europe or in the Congolese forests, it is the same. So there was this phase of trauma, a phase that allowed us to organize, rebuild ourselves and rebuild the country. Their trauma phase took place but this trauma phase seems to be ending now. Because when they arrive here and there and manage to settle, whether in refugee camps in Malawi, Zambia, Mozambique, Lesotho, Zimbabwe and South Africa, in Europe or even in the Congolese forests, they settle down and catch their breath to organize themselves and start their lives over in order to organize their struggle.

When we started to organize ourselves to undertake the struggle, when we notably embraced the military career in Uganda, we were the first generation who arrived after 1959; as generations before us were just for survival. Between 1958 and 1975, people did not really exist and what worried them was the survival: they lost children, adults spent their time in burials; stability came in the 1970s when we embarked on a military career in Uganda. We were the first generation to bring our community back to life, like you are after the genocide. There was no one who could lift a finger to speak, but now you can organize a gathering like this to exchange ideas and plan, there you are. So, another generation is definitely here. Them as well, after their flight to the Congo and other various other African countries, to Europe and elsewhere, they spent a lot of time in disorganization. Now, they are in peace, there are other generations that have emerged as you have emerged. Them too, are now in a position to say “now we have achieved a good level of organization and stability, it is us who are in charge of the economy in Mozambique, Zambia, Malawi and elsewhere; in schools we also succeed brilliantly etc. I recently saw a Lesotho newspaper where they published the results of the official exams that year and the list of successes: the very first were by the name of Nshimiyimana, Twagirimana, Twagirumukizaetc until beyond the 20th position, they are the children of our enemies who come first.

So I understood right away. When we were in Uganda, and I was at the end of my primary school shortly before I entered secondary school, when the results were announced, the top 100 were all Rwandans. Similarly, today, after 20 years of disorganization, they are the ones who come out on top in all competitions. It should not be a problem if they were kids who think normally. The problem is that their thinking is that of their parents, thinking to destroy the country. You understand then that there are going to be two opposite generations: there are on the one hand you, survivors of the genocide who have the country, and on the other hand these others who have just stabilized and who say to themselves “we have today ‘all economic power today’. For example today, they are the ones who control the economy in Malawi, trade and agriculture, and in Mozambique they are the ones who control the economy, trade and agriculture; throughout southern Africa, they control the economy. And everywhere else, even in Europe, they have managed to integrate youth movements, even if our country manages to mobilize and infiltrate them, which makes it possible to create divisions among them. But keep in mind that there is another generation who will confront you on the question of genocidal ideology, they are determined to pursue this ideology and you are determined to eradicate it.

To end this confrontation between the two generations will be very difficult: since the ideology of genocide was conceived and implemented in Rwanda, eradicating it will be a very difficult mission. After 1994, people scattered, and later tried to attack the country, this succession of events has a certain similarity or even a certain continuity. The way they organized in 1996 to attack Rwanda from the north from the Congo resembles the way in 1960, 1961 and 1962 the Inyenzi organized and attacked Rwanda to fail and set out again. The others also after 1995, 1996, 1997 even if they were very numerous, were defeated and had to leave outside the country. Rwanda then rebuilt very quickly, everything you see here was rebuilt after their defeat and their return to exile. But if you think they’ve abandoned the war option, think twice.

They left because they were defeated. So, for all this time that has just passed, they organized themselves; they have new blood today, a new way of thinking, the current information technology as you have it, and you compete on the same ground. Moreover, there are, among us, some who are very extremists; such goes to prison and when he comes out, he is more hardened than ever before. So, even if you return him he does not change because he has his own wishes. But we have the country. Sometimes, they are mistaken and say to themselves; “you needed 30 years and we are short of one year to accomplish 30”. But they forget that this is not a unique formula. Because we did not spend the 30 years conceiving an ideology of genocide like them. We spent 30 years building the country. To count the ideology of genocide, it requires a new understanding, a new consciousness. And when I say that this requires a new understanding, it does not mean that only the survivors of the genocide are concerned: you survivors of the genocide and we who stopped the genocide, we are all in the same category. We are all equally vulnerable.

This is why we see that today, and at all times, the fight to rebuild the country has always been a matter for the Rwandese Defense Forces. Everyone gives and makes sacrifices. There is giving and giving oneself: to give oneself is not by submission, by fear, by cowardice or by idiocy. We do not even lack soldiers to impose what we want, but we prefer to associate everyone, to be magnanimous. Unlike that one who has nothing to give, you have the responsibility to give. You have something to give, you have forgiven but that is not enough: if he manages to leave his home and come here, you must be able to leave here and go far away without complaining, and if you manage to attract, reassure and involve this one, it will be wonderful. Our interest is that the whole country advances together, as one man. But, the one who will play a role in this work of bringing together; it is you and not that one who wants to destroy. Because the one who has known misfortunes is better than the one who has been spoiled, because the latter knows nothing”.

4 thoughts on “General James KABAREBE incites and encourages young Tutsis to hate and discriminate as well as hostility against Hutus.” 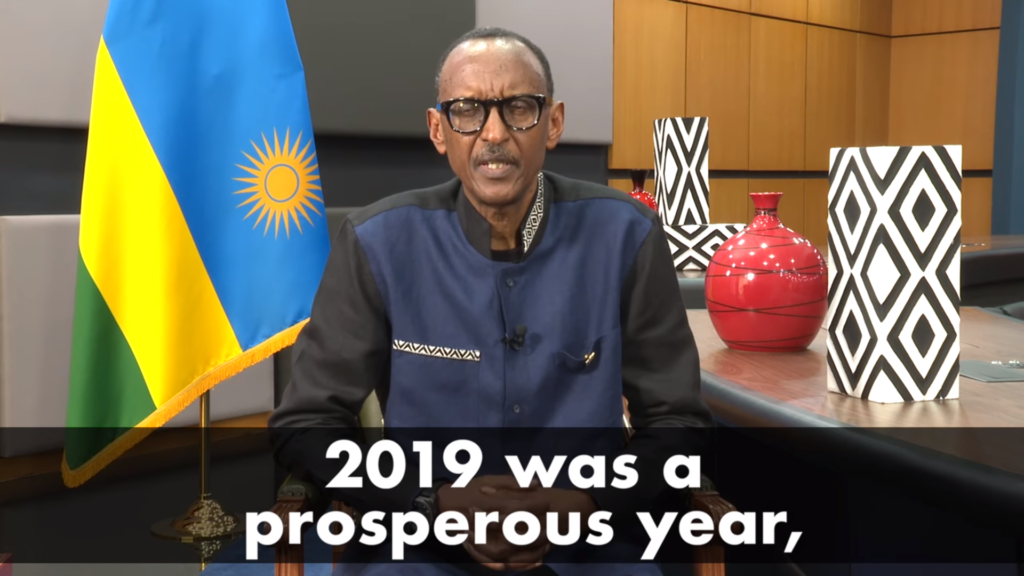