Paul Rusesabagina, the former hotel manager on whose story the 2004 film Hotel Rwanda was based, made a home for himself in San Antonio in 2009. Texas may have seemed like a peculiar destination for the Rwandan expat, but a combination of having friends nearby and San Antonio’s warm weather made it the perfect choice.

“I wanted to go to Washington, D.C., or New York, but my wife does not like such cold weather,” he said.

His childhood best friend lives in Laredo, while friend and former Congressman Bob Krueger – also a former ambassador to Rwanda’s neighboring Burundi – lives in New Braunfels, he said. Rusesabagina decided to split the difference and settled in the city’s far North Side.

Rusesabagina shared his story Friday of surviving and escaping the 1994 genocide in Rwanda. Rusesabagina helped shelter 1,268 Hutu and Tutsi refugees at the hotel he worked at during the 1994 genocide in Rwanda, in which around 800,000 Tutsis and moderate Hutus were killed, mostly by Hutu extremists. After the Tutsi rebel group Rwandan Patriotic Front marched into the capital city Kigali, around 2 million Hutus fled to the neighboring Democratic Republic of Congo in fear of revenge attacks.

Though the worst of the killings ended on July 4, 1994, the nation’s conflict did not end that day, he said. Rusesabagina sought asylum from Belgium in 1996 after he said a soldier threatened his life.

“I said to myself, ‘Things are becoming too rough,’” Rusesabagina said. “The next evening, I had a permanent visa to the EU and took a flight to Brussels.”

He and three of his children landed in Brussels in September 1996. His wife, Tatiana, and the remaining three children joined him in 1998. Rusesabagina still has an apartment there.

“Most of the time I’m in Belgium during the summer for the good weather,” he said.

Rusesabagina comes home to San Antonio when Brussels turns cooler, he said. He relishes the friendly community here that he said reminds him of being back in Africa.

“I love the people [of San Antonio],” he said. “The United States is different from Europe. In Europe, people don’t talk. But people here are very lovely, they are very human. You meet them, you chat, you’ll become closer.”

Rusesabagina was honored with the Presidential Medal of Freedom by President George W. Bush in 2005 for his efforts to protect refugees. Though Rusesabagina is widely celebrated as a humanitarian, he has many critics in his native country who accuse him of anti-Tutsi hate speech and exaggerating his role in protecting people during the 1994 genocide. Rusesabagina has only visited Rwanda once since leaving in 1996; he traveled with the Hotel Rwanda filmmakers in 2003. He dismissed his critics as people afraid of “any person who can raise a voice.”

“Sometimes they say I never saved people,” Rusesabagina said. “I never say I saved people. But I helped people survive. Hôtel des Mille Collines had 1,268 displaced refugees in my hotel. All of them survived. None of them were beaten. None of them were killed. Go ahead and tell me another place in the country where everybody was saved from beginning to end.”

King’s message to America more than 50 years ago still resonates with Rusesabagina today, he said.

“As Martin Luther King had a dream, I also have a dream,” Rusesabagina said. “My dream is to one day see Rwandans, Hutus and Tutsis, sitting around a table talking, solving our conflicts through dialogue. Bringing the whole truth of what happened. And begging pardon for those who have committed crimes, sometimes forgotten.

“As Martin Luther King suggests, like Mandela, like Mahatma Gandhi, I believe dialogue and forgiveness … will be the best solution.” 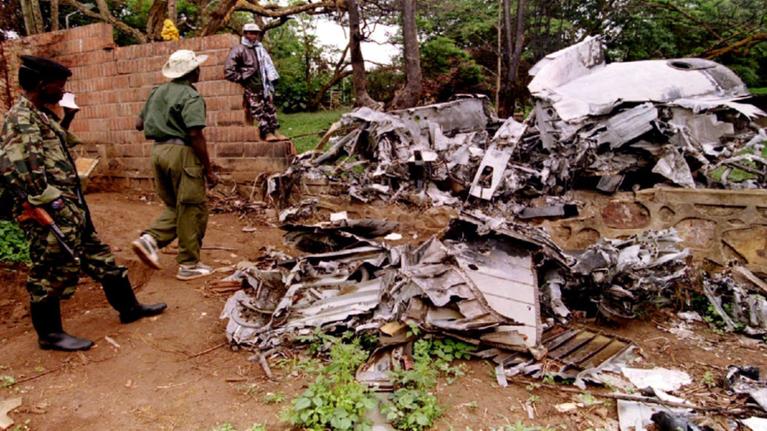